What is my Citation Map? Print

Your citation map is a geographic representation of your citations across the globe.  It demonstrates the international reach of your publications and highlights areas where your impact is more pronounced.

Your map can be accessed from your private dashboard by clicking on the "Citation map" menu item under "Me". 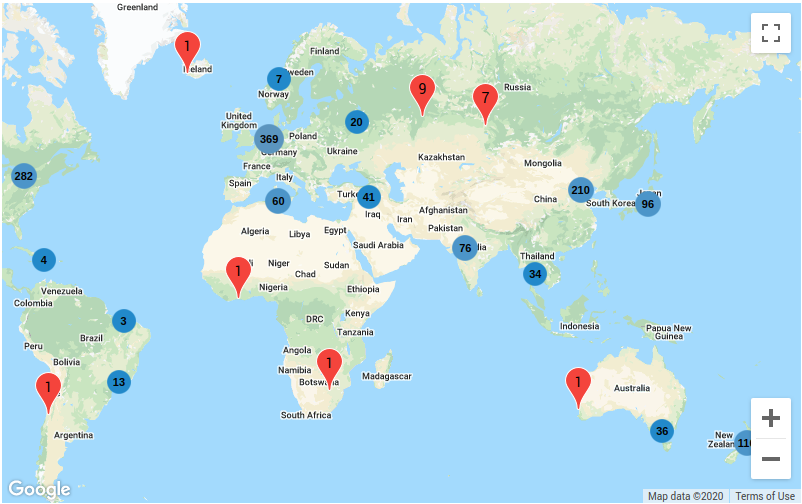 Citing paper locations are based on the institutions its authors were affiliated with at the time of its publication. A given citing paper may be represented several times on a map if researchers from multiple institutions contributed to it.  This means that the number of points indicated on the map may be higher than your total citation count.

Citation maps may be included in promotion, funding, or green-card applications by screenshotting the page.

Citation maps are not available to hidden Publons accounts including accounts flagged for suspicious activity and group accounts.

If your Publons account is not hidden and your citation map will not load it's possible that you have no citations in the Web of Science Core Collection (check your profile's total times cited) or too many citations for us to load the map promptly.

In the latter case we cache some of the data required on each attempted load so after several refreshes you may be able to load the map.  A map with more than 144,000 citations has been successfully loaded but it did take 40 seconds.

If you try the above and are still unable to load your citation map, please create a support ticket in our portal.

Did you find it helpful? Yes No

Send feedback
Sorry we couldn't be helpful. Help us improve this article with your feedback.